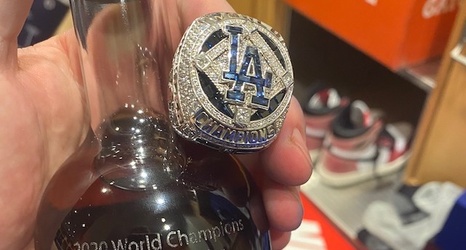 When the Los Angeles Dodgers were deciding on a starter for Opening Day and rotation order after that, the home opener was also factored in. Clayton Kershaw unsurprisingly was named the Opening Day starter, and he was followed by Trevor Bauer, Walker Buehler, Julio Urias and Dustin May.

That order allowed for Kershaw to soak in the World Series ring ceremony at Dodger Stadium, and gave Buehler a chance for another marquee start in the home opener. Although he could not participate in the pregame festivities, Buehler reveled in receiving his ring after the game.

He also used that opportunity to provide teammates and coaches with a custom engraved bottled of Eagle Rare 10-Year Bourbon in partnership with Buffalo Trace Distillery.