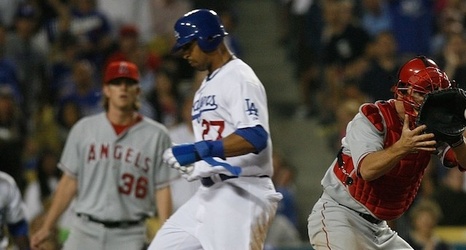 On June 28, 2008, the Los Angeles Dodgers defeated the L.A. Angels at Dodger Stadium despite Jered Weaver and Jose Arredondo not allowing a hit. Matt Kemp scored the only run in the Dodgers’ 1-0 victory.

The Dodgers became only the fifth team in the Modern Era to win a game without getting a hit. The last team to accomplish the feat was Cleveland Indians, when they were no-hit by Matt Young of the Boston Red Sox for eight innings but still managed to squeak out a 2-1 win on April 12, 1992.