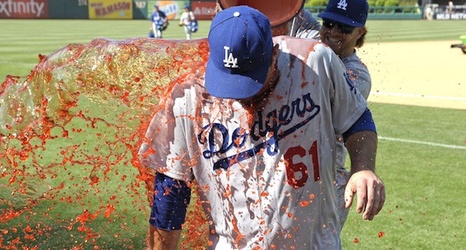 On May 25, 2014, Josh Beckett threw a no-hitter against the Philadelphia Phillies in the Los Angeles Dodgers 6-0 win at Citizens Bank Park. The no-hitter was the first of Beckett’s career, and 24th in Dodgers franchise history — at the time.

Prior to Beckett, the Dodgers’ last no-hitter was thrown by Hideo Nomo against the Colorado Rockies at Coors Field on Sept. 17, 1996. Clayton Kershaw followed in Beckett’s footsteps less than one month later by no-hitting the Rockies.

There have been 12 no-hitters since the Dodgers moved to Los Angeles in 1958. Beckett went to extraordinary measures to accomplish his feat.