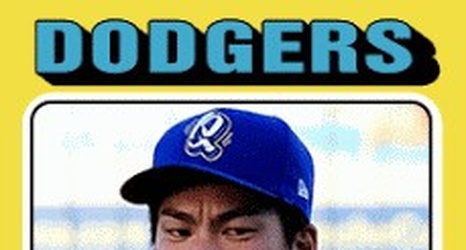 I hate to see Kenta go. He was one of my favorites on the team, and I'm truly saddened that he'll be departing Los Angeles. Hopefully, he'll make his way back into Dodger Blue later on in his career.

As you likely know by now, the Dodgers have finally swung for the fences and made a series of huge trades that includes several moving parts. At first, we thought Maeda would yield a prospect reliever named Brusdar Graterol -- who would go to Boston as a part of a three-team trade involving All-Stars Mookie Betts and David Price.