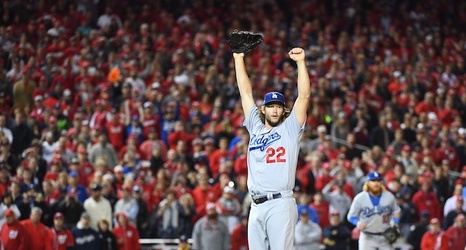 As Major League Baseball and the union embark on negotiations over a plan for the 2020 regular season, SportsNet LA is continuing to highlight memorable Los Angeles Dodgers games from years past.

Their programming schedule for this week includes several games from last season in which the Dodgers powered their way to a win, plus a nightly look at a vintage Clayton Kershaw performance.

On Monday, SportsNet LA re-aired Kershaw’s start on Jackie Robinson Day in 2009, when he collected 13 strikeouts. At 3:30 p.m. PT on Tuesday, SportsNet LA will show when Kershaw was on the mound for the Dodgers’ National League West-clinching win in 2014.