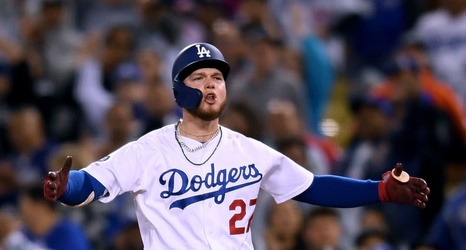 This afternoon, former-Dodgers prospect Yordan Alvarez will likely be handed an AL Rookie of the Year award for his season with the Houston Astros.

While ultimately no Dodgers rookies were named finalists this season, the team does have a recent track record of successfully pumping out solid rookies, chiefly under the Guggenheim regime.

This season, Alex Verdugo and Will Smith proved the two most valuable rookies for the Dodgers, and even though both had relatively limited stints with the big league club, the pair combined to be worth 3.9 WAR in 2019.

At 23 years old, Verdugo’s highly-anticipated rookie campaign saw him beat out established veterans for playing time in a crowded outfield thanks to both his defense and on-base skills.