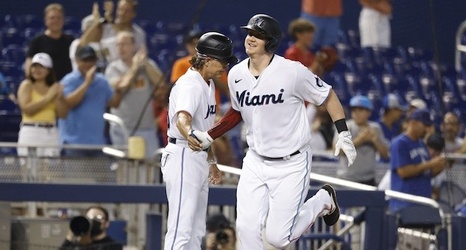 The Los Angeles Dodgers have been hot and cold all season, and that has especially been the case over the last couple of weeks as they followed up a four-game losing streak with a nine-game winning streak and then lost the first two of their four-game series against the Miami Marlins.

The losing streak was extended to three games on Wednesday night as the Dodgers couldn’t hold a 5-2 lead and wound up losing to the Marlins, 8-6 on a walk-off home run by Jesus Aguilar.

It was Miami that got on the board first as Garrett Cooper hit a first-inning home run off Jake Reed to give them an early 1-0 lead.