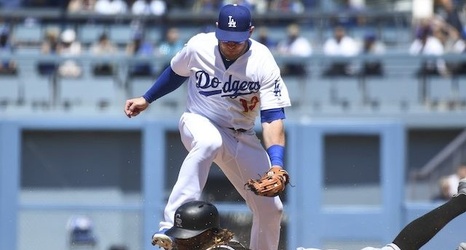 The Los Angeles Dodgers take the field Sunday looking to finish their final home game of the regular season on a positive note by earning a series win against the Colorado Rockies. A victory on Sunday would also be the Dodgers’ 100th of the year.

After logging two at-bats in his first start since suffering a sprained left ankle, Justin Turner again is back in the lineup. He admitted to initially being surprised by the long absence but was encouraged in returning and with the condition of his ankle.