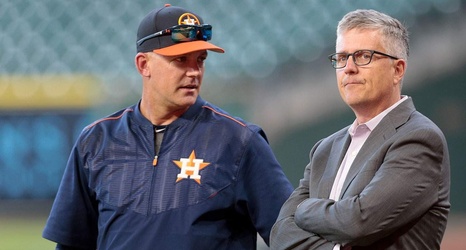 It is something that will forever be the bane of the Dodgers’ 2017 World Series run. The Houston Astros cheated in their endeavor to win the World Series, which of course proved successful for them. Today, Commissioner Rob Manfred handed down punishment for the organization.

Both Manager AJ Hinch and General Manager Jeff Luhnow were suspended for one year each. The Astros also will be made to forfeit their 2020 and 2021 first and second round draft picks, of which they have two each, and the team will also be fined $5 million, the maximum fine allowed by baseball’s bylaws.