Monday Musings- Moving On From A Player is Never Easy 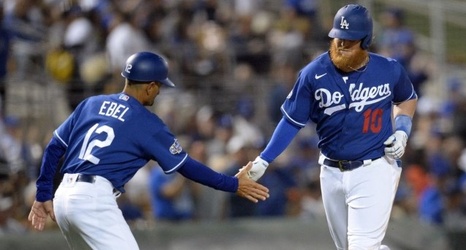 Yesterday I was scrolling through Twitter and I noticed something about Justin Turner’s account – his profile picture was of him and his wife, and his headline pic was of them and their foundation. In his bio part, it just says @court_with_a_k and a bride emoji. Nothing about the Dodgers. Nothing about being a world champion, or even a baseball player. Just links to his wife and his foundation.

Of course, JT does not owe the Dodgers or any of us an explanation in his bio. But it still hurts to see any acknowledgement of the team that he has been with, and meant so much to, over the last six years, absent from mention.