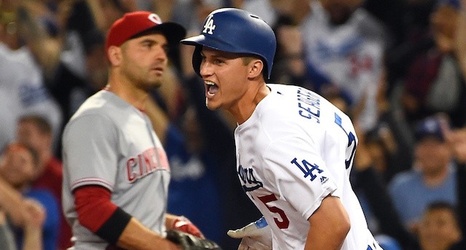 Both prior to and since the flurry of activity in free agency during the Winter Meetings, the Los Angeles Dodgers have been linked to a variety of trade rumors.

The bulk of them focused on a potential deal with the Cleveland Indians for Mike Clevinger and Francisco Lindor, along with reported talks to acquire Mookie Betts from the Boston Red Sox. Recently, however, the Cincinnati Reds were said to have significant interest in Corey Seager.

The two-time Silver Slugger reportedly was floated to both the Indians and Red Sox in trade talks. It’s not believed either club was particularly high on acquiring the 25-year-old, and instead coveted top Dodgers prospect Gavin Lux.