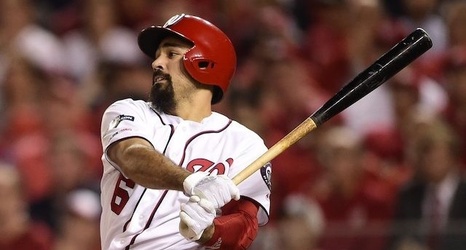 With Stephen Strasburg and the Washington Nationals agreeing to a record-setting contract on the first day of the Winter Meetings, the focus now shifts to fellow free agency headliners Gerrit Cole and Anthony Rendon.

Strasburg’s deal has seemingly raised the bar for what Cole should receive, while Rendon could approach the $260 million Nolan Arenado received when signing an eight-year contract extension with the Colorado Rockies.

The Los Angeles Dodgers are among the teams that have been connected to both Cole and Rendon, though they are believed to be more likely to sign the 29-year-old third baseman as opposed to engaging in what’s expected to be a bidding war for Cole.