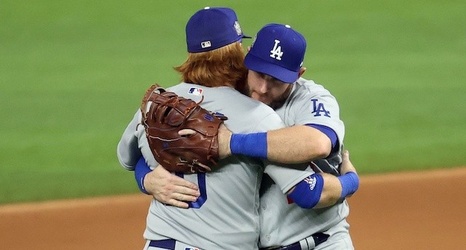 Justin Turner and the Los Angeles Dodgers were cleared after MLB concluded an investigation into their World Series celebration at Globe Life Field. It became issue due to Turner returning to the field after being removed from Game 6 because of a positive coronavirus (COVID-19) test.

When MLB announced no disciplinary action would be taken, Turner explained he simply wanted to take a photo with the World Series trophy. “I was under the impression that team officials did not object to my returning to the field for a picture with my wife,” Turner said in a statement.