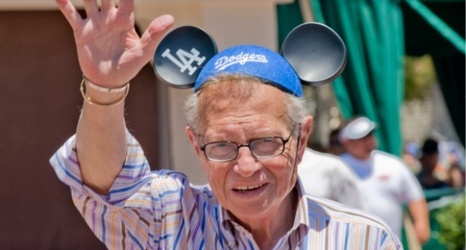 There are multiple topics I wanted to cover today, the first of which is the sad news about the passing of Los Angeles Dodgers fan and broadcasting icon Larry King.

Whenever I think about prominent Dodgers fans, King is always near the top of my list, as his allegiance goes back to the team’s Brooklyn days.

Howard Stern is the only other interviewer I can think of who could rival the type of introspection that King evoked from his guests.

If you ever want to learn more about a figure who was famous in the 80s, 90s, or 2000s, search YouTube to see if they were ever on “Larry King Live.