Julio Urías Fights Through Shaky a First, Offense erupts in the 7th, Dodgers Rock the Rockies 9-3! 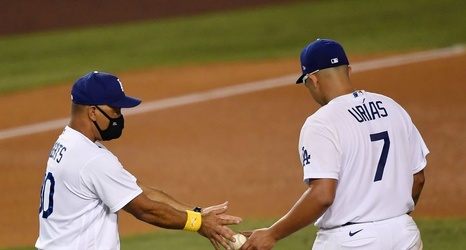 Julio Urías rebounded after a shaky first inning to hold the Rockies hitless for the remainder of his outing. The Dodgers bats broke the game wide open in the 7th, scoring a season-high 6 runs after Mookie Betts singled in a run, Corey Seager had an RBI double, followed by a two-run double by Will Smith and a wild pitch by Carlos Estevez and a passed ball by Tony Wolters.

We break down all of the action in the Dodgers 9-3 win over Colorado, Urías’ gritty performance, Mookie’s MVP caliber season, and more!

Plus, all of your thoughts, comments, and questions about your Boys in Blue!