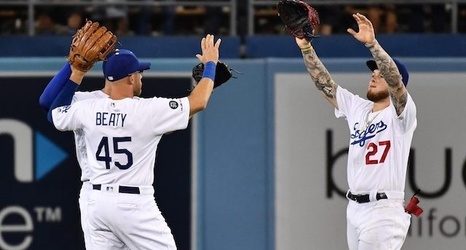 Reaping the benefits of a consistently potent farm system, the Los Angeles Dodgers have again received significant contributions from a number of their rookies this season.

Alex Verdugo thrived with his first real opportunity to stick at the Major League level, excelling on both sides of the ball as the Dodgers’ starting left fielder. Unfortunately for Verdugo, he’s out through at least the first round of the playoffs because of back trouble.

Will Smith, who initially earned multiple promotions from Triple-A Oklahoma, eventually supplanted Austin Barnes as the club’s everyday catcher. Smith impressed with his offensive production and game-calling skills, even if there’s been some recent regression.