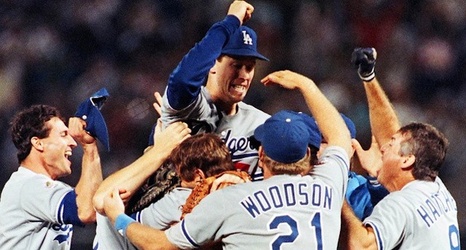 The Los Angeles Dodgers Zoom party for a reunion of the 1988 World Series team is set to be held Monday, June 15, at 6 p.m. PT. It twice had been postponed since first being scheduled for June 1.

The event will feature Kirk Gibson, Orel Hershiser, Steve Sax, Mickey Hatcher and others from the 1988 Dodgers team that improbably won a World Series. That season was Gibson’s first with the franchise, and his presence was immediately as there was a shift in the clubhouse culture.

Along with former manager Tommy Lasorda, Gibson and Hershiser are arguably the players most remembered from the 1988 Dodgers roster, but Hatcher also proved key for the team en route to their World Series run.