Dodgers vs Diamondbacks: Lineups, Pregame Matchups, and More for September 22 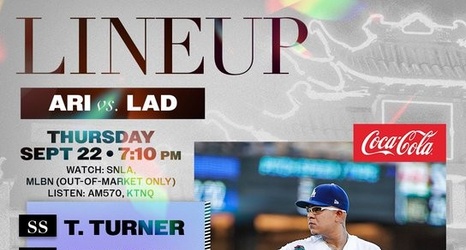 The rubber match of the unique five-game series is tonight as the Dodgers take on the Arizona Diamondbacks for the final time this season. After taking the first two games of the series, the Dodgers have dropped the last two, leading us to this winner-take-all game five.

It’s a battle of aces tonight at Dodger Stadium, as Julio Urias is facing off against Zac Gallen. Urias currently has the second-best odds to win the National League Cy Young award, while Gallen is right behind him in third.

Mookie Betts is getting another day off for the Dodgers, while Will Smith slides into the three-hole.