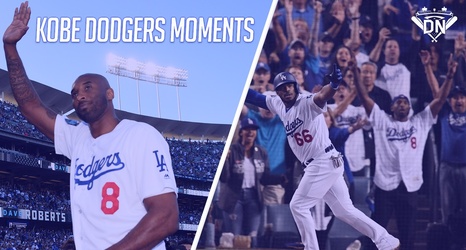 On Sunday at Dodger Stadium, the Dodgers pulled out all the stops to honor the late, great Kobe Bryant. The former Lakers legend would have turned 42-years young here on August 23rd. To honor his legacy, the Dodgers brought out one of the few icons that sit atop Kobe’s stature, one Vincent Edward Scully.

The Dodger media team brought Vin on to narrate a beautiful, short video on Bryant.

The Dodgers honored Kobe Bryant on August 23, 2020, on what would have been his 42nd birthday.