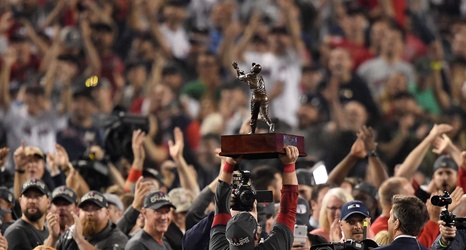 With David Freese on to greener pastures in retirement, the Dodgers need both a new clubhouse-saving veteran and a new platoon-able first baseman, or at least a veteran hitter with both postseason experience and a solid bat.

It will be hard to find a player who can play first base, who has playoff experience, and who can hit anywhere near as well as Freese, but the Dodgers can afford to only satisfy one or two of those categories.

The team already employs Matt Beaty for an extended amount of time and for a very reasonable contract, so finding a first baseman is less important than finding a solid right-handed bat, or at least a hitter who can hit lefties better than Beaty’s sub-.