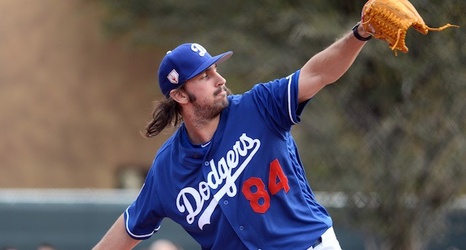 While Spring Training is a time for players to carry forward with preparations for the regular season, the Los Angeles Dodgers and other clubs also use the time in camp to evaluate prospects.

On the pitching side, that’s amounted to several young arms making appearances in Cactus League games. Among those to get work in was right-hander Tony Gonsolin, who quietly has risen through the organization’s ranking of prospects.

“Minor League Pitcher of the Year, he has a four-pitch mix, he can throw his secondaries for strikes when he needs to, he’s a tough competitor, he’s very intelligent, and the stuff is real,” Dodgers manager Dave Roberts answered when asked for his evaluation of Gonsolin.