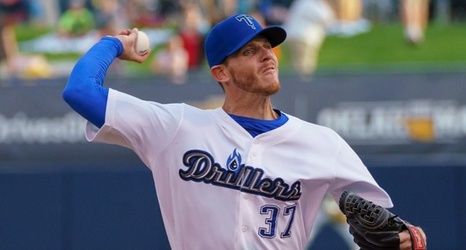 Just like we’ve been predicting over the past week or so, the Dodgers are beginning to sign veteran arms to serve as depth for their top minor league clubs.

According to our friend Jeff Todd at MLBTR, Los Angeles over the weekend signed 32-year-old journeyman pitcher Justin De Fratus to a minor league deal.

De Fratus is no stranger to the Dodgers, nor is he a stranger to big league action. The native of Oxnard, CA made his MLB debut for the Phillies as a relief pitcher back in 2011, but has not seen any major league action since his 2015 campaign.