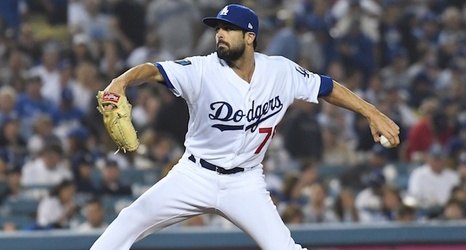 While there has been some notable activity in MLB free agency this winter, the Los Angeles Dodgers have yet to become involved. After winning the National League West for a seventh consecutive season but failing to win the World Series, the Dodgers are expected to be one of the more active teams this winter.

They have been connected to the likes of Gerrit Cole, Anthony Rendon and Stephen Strasburg, among others, and recently re-signed Austin Barnes and Scott Alexander to one-year contracts to avoid arbitration with both players.