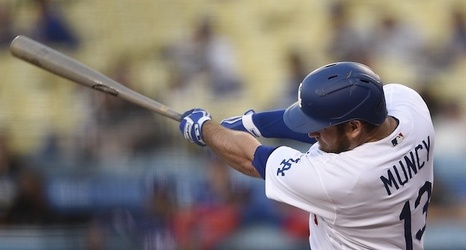 The Los Angeles Dodgers placed Max Muncy on the 10-day injured list with a right oblique strain and recalled Luke Raley from Triple-A Oklahoma City prior to Saturday’s game against the Texas Rangers.

Muncy was removed after the first inning in the series opener due to what the team initially diagnosed as right side tightness. Muncy felt the discomfort on the pitch prior to hitting a two-run home run off Mike Foltynewicz.

Dodgers manager Dave Roberts said after the win that he believed the tightness was in Muncy’s oblique, but there was a belief and optimism the team caught the injury early enough.