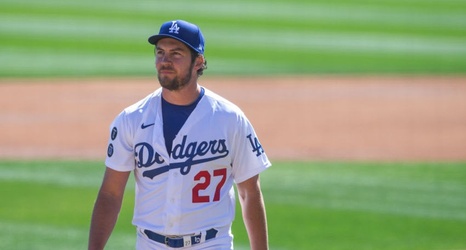 GLENDALE, AZ - MARCH 01: Trevor Bauer #27 of the Los Angeles Dodgers pitches during a spring training game against the Colorado Rockies at Camelback Ranch on March 1, 2021 in Glendale, Arizona. (Photo by Rob Tringali/Getty Images)

The Los Angeles Dodgers won the Trevor Bauer sweepstakes a few weeks ago when the right-hander signed a three-year, $102 million contract, which set an MLB record for average annual salary. It culminated with his spring debut this week.

On the surface, it seems pretty self-explanatory, right? The Dodgers offered him a boatload of money on a short-term deal and he’d be able hit free agency again either next offseason or after 2023.