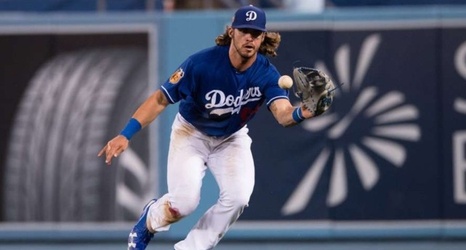 For those who follow Cactus League play religiously, you’ll know there’s always at least one or two Dodgers prospects who rise to the occasion, causing management to raise their collective brow and wonder if a certain youngster is ready for the big stage.

During camp in 2018, there was one particular player—outfielder DJ Peters—who drew praise from all directions, including big league skipper Dave Roberts and veteran third baseman Justin Turner.

“There’s a lot to like with DJ—the way he works and prepares, (and he’s) very mature as a baseball player,” Roberts said.