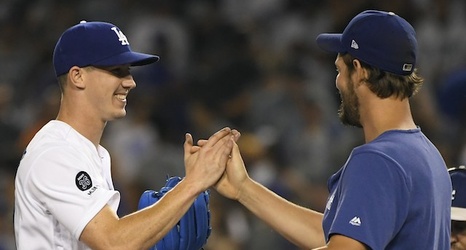 Los Angeles Dodgers manager Dave Roberts announced Walker Buehler will start Game 1 of the Wild Card Series, which will be played Wednesday at Dodger Stadium against a still-to-be-determined opponent. Clayton Kershaw is scheduled to start Game 2 on Thursday.

“There was a lot that went into it,” Dodgers manager Dave Roberts said of the decision. “We just feel that puts us in the best spot in those two games and also going forward. They’re interchangeable. It’s one in the same, to be quite honest.

“We just talked about it and feel really good about that direction.