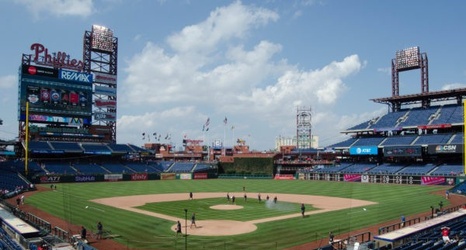 The Dodgers took the third game of this 4-game series last night after a, as Chad said, 157-minute rain delay. They should be 3-for-3 against Philly, but Tuesday’s 9th-inning meltdown prevented that. Now, the Dodgers turn to Ross Stripling to take on the Phillies’ ace Aaron Nola.

Corey Seager is getting the day off. He’s hitting just .182/.308/.227 in 26 plate appearances since coming off the injured list. He’ll get it going again, just as he did just before getting hurt. Enrique Hernandez slides over to shortstop, Max Muncy moves to second base and Matt Beaty — Tuesday’s almost-hero — gets the start at first base.