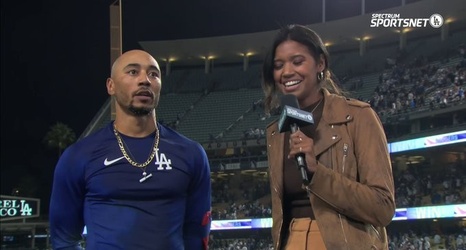 The Dodgers got a good test on Thursday night when they went up against NL Cy Young candidate Zac Gallen.

Gallen, who has been one of the most underrated pitchers in the league this year, shut the Dodgers down, allowing just one earned run across eight innings, and striking out 13.

Gallen was replaced by former Dodger Reyes Moronta and then All-Star reliever Joe Mantiply in the 9th. The Dodgers were able to get to them, and turn the tough night at the plate into a 3-2 walk-off victory.

Hero of the night Mookie Betts was happy to see his team battle back against tough pitching.