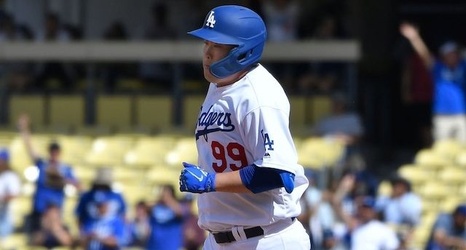 The Los Angeles Dodgers have made a habit of using each other’s equipment this season, and on Sunday it amounted to Cody Bellinger lending an assist of sorts to Hyun-Jin Ryu.

With the Dodgers trailing the Colorado Rockies in the fifth inning, Ryu went to right-center field for his first career home run. It not only tied the game but sent the dugout and Dodger Stadium into a frenzy, though Ryu maintained his usual stoic expression as he rounded the bases.

He showed some excitement during a postgame interview, during which Ryu revealed he used Bellinger’s bat on his home run.