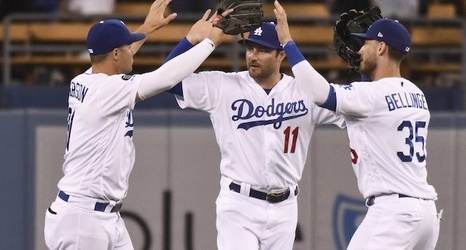 When the Los Angeles Dodgers initially were working to acquire Mookie Betts and David Price in a three-team trade with the Boston Red Sox and Minnesota Twins, they additionally struck an agreement on a deal with the L.A. Angels.

The secondary trade called for the Dodgers to send Joc Pederson, Ross Stripling and Andy Pages to the Angels in exchange for Luis Rengifo and one or two Minor League players. The deal was contingent on the Dodgers first completing their trade with the Red Sox and Twins.

That of course never manifested, with L.A. instead orchestrating separate trades with Boston and Minnesota.