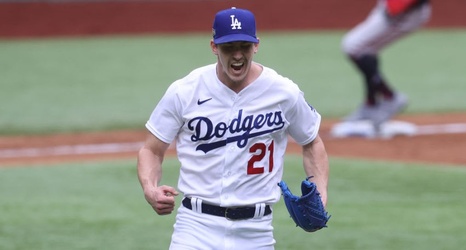 ARLINGTON, TEXAS - OCTOBER 17: Walker Buehler #21 of the Los Angeles Dodgers celebrates after retiring the side with the bases loaded against the Atlanta Braves during the second inning in Game Six of the National League Championship Series at Globe Life Field on October 17, 2020 in Arlington, Texas. (Photo by Tom Pennington/Getty Images)

The Dodgers and Dave Roberts let the Rays back into the World Series with a lackluster pitching plan. They need Walker Buehler badly.

Heed these words, Dodgers fans: Way back in the olden days, about two weeks ago, the New York Yankees took the very same 1-0 lead over the Tampa Bay Rays which you possessed heading into Game 2.