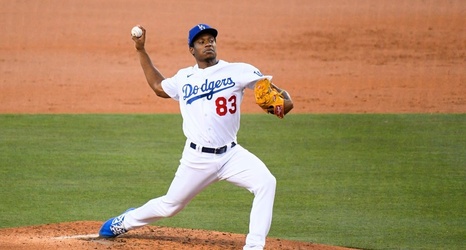 The Dodgers have had a run of very successful top prospects over the last few years. We certainly saw that with the rookie that made a huge impact on their World Series run this season. But with MLB Pipeline‘s end of the season update, Los Angeles has a new top prospect.

They ranked Josiah Gray as the number 1 prospect in the Dodgers organization. That promotion comes as Dustin May, Tony Gonsolin, and Gavin Lux all move up from prospect status. Keibert Ruiz moved to the 2nd spot and Kody Hoese moved to number 3 in the organization.