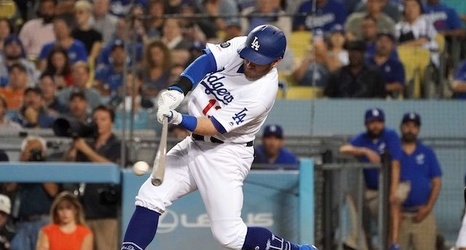 Friday’s comeback win against the Colorado Rockies set a multitude of records for the Los Angeles Dodgers, but also included an injury scare for Chris Taylor and early exits for Max Muncy and manager Dave Roberts.

Taylor was hit by a pitch in his left hand in the fourth inning but managed to remain in the game. He suffered a fractured left forearm in August and missed more than one month. Then with Gavin Lux batting, Roberts was ejected for arguing balls and strikes.

Roberts became the final MLB manager to get tossed from a game this season, and he did so seemingly on a quick hook from home-plate umpire Greg Gibson.