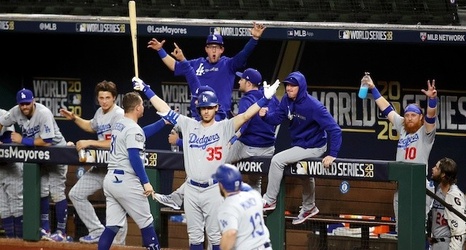 The Texas Rangers’ home stadium was one of four ballparks used during the postseason, playing host to the NL Division Series, NL Championship Series and World Series.

Since they went the distance to capture their seventh World Series title in franchise history, the Dodgers spent just under a month at Globe Life Field,” “Probably,” Will Smith said of the ballpark eventually providing the Dodgers a home-field advantage because of familiarity.