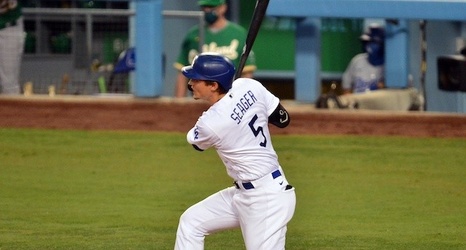 With the Los Angeles Dodgers facing the Oakland Athletics, it meant two of baseball’s best teams were squaring off during the final week of the regular season. It was the Dodgers that came away with a victory in the series opener, cruising to a 7-2 win to clinch their eighth consecutive National League West division title as well as the best record in the league going into the postseason.

The Athletics jumped out to an early 1-0 lead, but the Dodgers answered back in the bottom of the first when Mookie Betts singled, advanced to second on a ball in the dirt and then scored on an RBI base hit by Corey Seager.