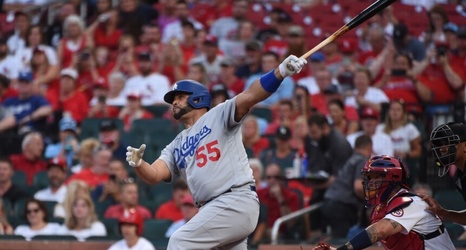 The Los Angeles Dodgers offense was clicking as they had 11 hits, including four home runs, in a 7-2 victory over the St. Louis Cardinals on Tuesday night.

Albert Pujols, who was making a second return to Busch Stadium, received a standing ovation from the fans and tipped his helmet before stepping into the box for his first at-bat.

With a 2-1 count, the future Hall of Famer drove a pitch down the left-field line for a solo home run. As he rounded the bases, Pujols received more cheers from the St. Louis fans, just like when visiting with the L.