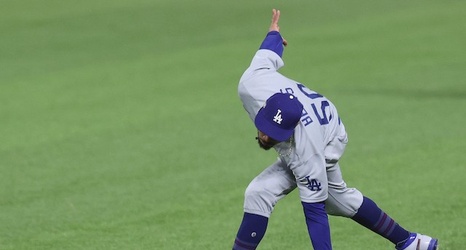 The Los Angeles Dodgers rode the bats of Corey Seager and Will Smith as they combined for three home runs to help keep the team alive in the National League Championship Series with a comeback win against the Atlanta Braves in Game 5.

While Seager’s continued power display and Smith’s show of emotion — while ironically enough hitting the homer off the Braves’ Will Smith — were certainly crucial, so too was a shoestring catch Mookie Betts made in the third inning.

After Dustin May was pulled after just two innings, Joe Kelly was greeted with back-to-back singles to start the third.