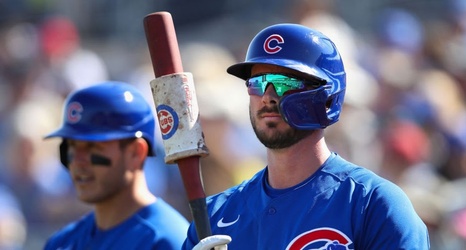 PEORIA, ARIZONA - FEBRUARY 24: Kris Bryant #17 of the Chicago Cubs stands on deck alongside Anthony Rizzo #44 during the first inning of the MLB spring training game against the Seattle Mariners at Peoria Stadium on February 24, 2020 in Peoria, Arizona. (Photo by Christian Petersen/Getty Images)

The DJ LeMahieu sweepstakes are over. The New York Yankees have reportedly signed the AL batting champion to a six-year, $90 million contract, which now leaves the Los Angeles Dodgers back to where they started.

According to reports, including one this week, LA’s priority was always to bring back Justin Turner, but that hit a bit of an impasse when insiders suggested he was looking for a four-year deal.