Dodgers: Dellin Betances could be a low-risk high-reward move for LA 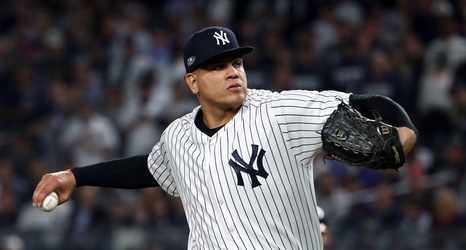 Despite signing Joe Kelly to a lucrative three year $25 million dollar deal last off-season, the Dodgers’ bullpen has plenty of questions heading into the hot stove season. Not only did Kelly have plenty of ups and downs during his first season in LA, his postseason ended by giving up the series losing grand slam to Howie Kendrick in game five of the NLDS.

The top reliever on the free-agent market was Will Smith but he declined the qualifying offer and quickly signed with the Atlanta Braves. Now that Smith is off the board the Dodgers have two potential options in Drew Pomeranz and Dellin Betances.