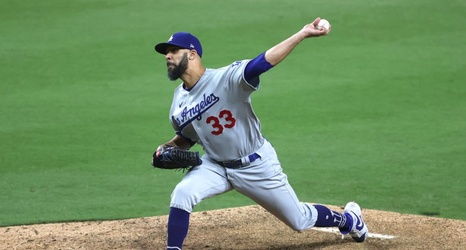 SAN DIEGO, CALIFORNIA - APRIL 16: David Price #33 of the Los Angeles Dodgers pitches during the 12th inning of a game against the San Diego Padres at PETCO Park on April 16, 2021 in San Diego, California. (Photo by Sean M. Haffey/Getty Images)

David Price was last featured in a relief role in 2008 when he was called up by the Tampa Bay Rays while the team was making its first ever run to the World Series.

That was back when the left-hander was hitting triple digits with his fastball. Gone are those days, however, in Year 13.