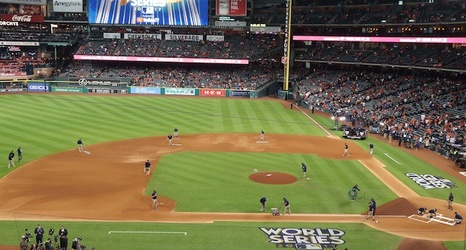 The Los Angeles Dodgers arguably have the biggest grudge with the Houston Astros electronically stealing signs through the 2017 postseason, but they and other clubs that were caught in the path can not address Major League Baseball’s findings, or the World Series.

“All clubs have been asked by Major League Baseball not to comment on today’s punishment of the Houston Astros as it’s inappropriate to comment on discipline imposed on another club,” the Dodgers said in a released statement.

“The Dodgers have also been asked not to comment on any wrongdoing during the 2017 World Series and will have no further comment at this time.