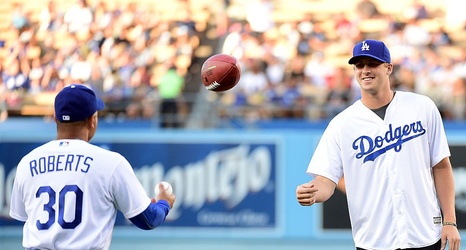 The Dodgers just became the second team in Los Angeles to take home a professional title during the month of October. Their World Series run comes just a few weeks after the Los Angeles Lakers dominated in the Orlando Bubble to win the NBA Finals.

Right after they won, Dodgers outfielder got a text from Los Angeles Rams quarterback Jared Goff congratulating them. And what was Bellinger’s response to the text? A challenge to bring home yet another title to the city of Los Angeles. Goff recently revealed a brief conversation between the two professional athletes.