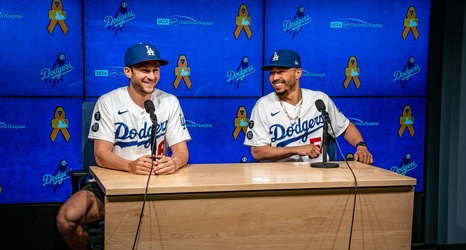 Chris Taylor participated in a Q&A, while Trea Turner and Mookie Betts were quizzed in a game of jeopardy.