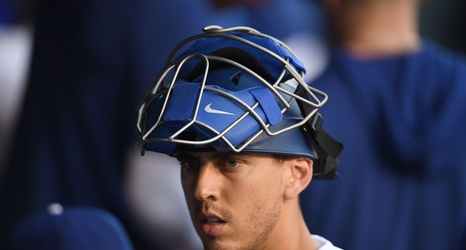 The Dodgers entered the 2019 season with Austin Barnes as their starting catcher and Russell Martin was the veteran backup catcher. Then Will Smith forced his way into the Dodgers’ starting catcher role after Barnes struggled mightily at the plate. The blue were able to keep all three catchers by optioning Barnes to Triple-A Oklahoma City and keeping Martin as the backup to Will Smith.

For the 2020 season, the Dodgers will not have the luxury of keeping all three catchers if they decide to bring Russell Martin back for another season. Barnes is now out of options so he will need to begin next season on the active roster or clear waivers in order to be sent to the minor leagues.