Dodgers: Astros punished but justice will never be served for Dodgers 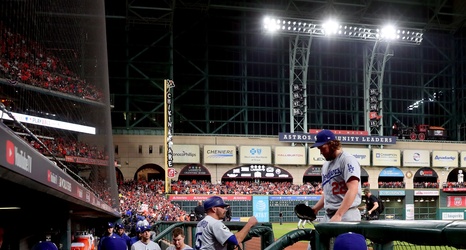 On Monday, the Dodgers found out the extent to which the Houston Astros were cheating during the 2017 season. MLB’s findings also confirmed that the Astros did cheat during the postseason which ultimately means the Dodgers were in fact cheated out of a World Series title.

The punishment handed out to the Astros was a one-year suspension for General Manager Jeff Luhnow and manager A.J. Hinch. Both were fired by Astros’ owner Jim Crane which was an honorable move on his part although it doesn’t lessen the taint on the Astros’ World Series title.

The Astros will also lose first and second-round picks over the next two seasons and while that punishment is something, it is not enough.