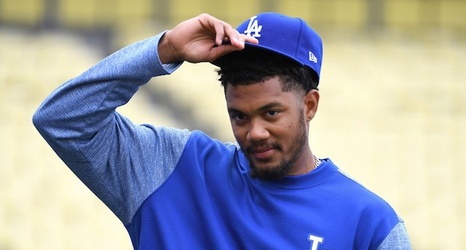 Heading into the season, Dennis Santana was ranked as the Dodgers’ No. 7 prospect according to MLB.com despite a rough 2018 campaign in which he threw just 3.2 major league innings with an ERA of 12.27.

That season was cut short by a rotator cuff injury, but Santana returned healthy enough to be considered for an Opening Day roster spot this year. He was beat out by Brock Stewart for the long man role, and Santana’s struggles in the Minors limited him to just three Major League innings — and rough ones at that (7.20 ERA).

To make matters worse, after dominating the Minor Leagues in 2018 (10 starts, 2.