Did Dodgers pick up on Max Fried tipping his pitches in Game 6? 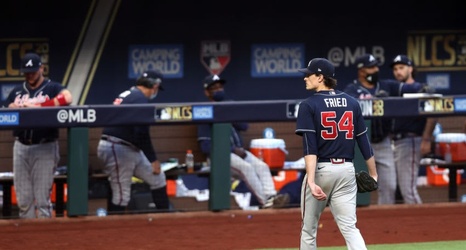 ARLINGTON, TEXAS - OCTOBER 17: Max Fried #54 of the Atlanta Braves is taken out of the game against the Los Angeles Dodgers during the seventh inning in Game Six of the National League Championship Series at Globe Life Field on October 17, 2020 in Arlington, Texas. (Photo by Tom Pennington/Getty Images)

Did the Dodgers know when Max Fried was throwing his curveball?