David Price Feeling ‘Really Good,’ Will Pitch However Frequently Dodgers Ask Of Him 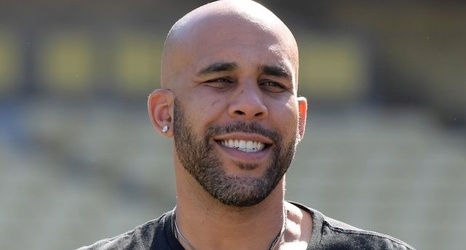 Though it took longer than anticipated, the Los Angeles Dodgers’ blockbuster trade for Mookie Betts and David Price became official this week.

The club sent Alex Verdugo, Jeter Downs and Connor Wong to the Boston Red Sox in the revised deal. Pitching prospect Brusdar Graterol, who was initially expected to be traded to Boston, instead was sent to L.A. after being acquired from the Minnesota Twins for Kenta Maeda.

The Dodgers formally introduced Betts and Price in a press conference on Wednesday, to which the former American League MVP and Cy Young Award winners took questions from the media.