Dave Roberts: ‘I Don’t Know’ If Trevor Bauer Will Pitch For Dodgers Again 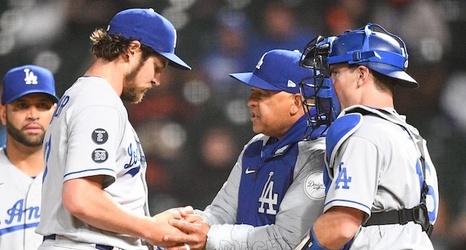 After eight instances of Trevor Bauer having his administrative leave extended by one week at a time, it was agreed to by Major League Baseball and the Players Association that the right-hander would not pitch again for the Los Angeles Dodgers this year.

Although such an agreement had long been anticipated, it officially offered some clarity as the Dodgers can continue to move forward knowing Bauer will not be part of the roster. Though, manager Dave Roberts suggested the team hadn’t been impacted anyhow.

“Honestly, I don’t think it’s changed anything from how we’ve gone about it,” Roberts said.